Have you ever thought it possible to laugh hard at an odd joke while feeling the need to cry?  What about feeling those emotions for a stick-figure character?  Well, that’s just the kind of thing you can expect if you purchase “Don Hertzfeldt: Volume Two.” This DVD comes packed with animations and an hour-long interview […]

Historically, the new year is slow for cinema. The first three or four months tend to have few bombastic action flicks, which are reserved for the big kids in summer, or gripping drama pieces, typically reserved for the adults in the fall. Instead, cinemaphiles are treated with scraps of good films amid the muck of […] 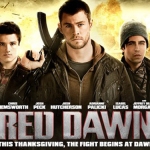 The “Red Dawn” remake premiered in theaters on Nov. 21. The film is directed by Dan Bradley and written by Jeremy Passmore and Carl Ellsworth and is based on the older version of the film that originally aired in 1984. “Red Dawn” stars Chris Hemsworth, Josh Peck, Josh Hutcherson, Adrianne Palicki, Isabel Lucas, Connor Cruise, […]

Since the release of “Casino Royale” in 2006, the 007 film series has been walking a cautious line. The modern Bond films have had to step it up with regards to the action to compete with other modern action films, but at the same time keep the basis of what makes old Bond great–be it […]

Since the early 1990s, Hollywood has played with using video games as inspirations for movies. Beloved games series like Mortal Kombat, Resident Evil, Lara Croft, and even Super Mario Brothers have been adapted to the silver screen, all with varying results. With the recent release of a Silent Hill film and with Halo, Metal Gear […] 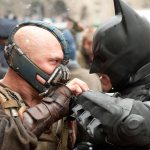 This summer was filled with a collage of superhero movies, ranging from the impressively cast “The Avengers” to the well done “The Amazing Spiderman.” However, none of these films were as highly anticipated as the final chapter of Christopher Nolan’s Dark Knight trilogy, “The Dark Knight Rises.” Nolan’s adaptation of the Batman trilogy has become […]