You are here: Home » Have You Kept Your New Year’s Resolution?

With the New Year comes New Year’s resolutions. The hearts and minds of people everywhere are filled with hope for change in their lives, whether it be losing weight or finding love. The same holds true at St. Paul’s, and each year countless students and faculty make these resolutions. But how many actually follow through?

The trend with New Year resolutions is sadly one of failure. Countless people boast that “it’s a new year, and a new me.” But more often than not, it’s a new year, but the same you.

More than halfway through the first month of the New Year, we asked students and faculty about their New Year’s resolutions and whether they kept it up or broke under the temptation.

“My resolution was to get better grades and maybe get all A’s. It’s still too early to know how I will do, but my parents and I are hopeful,” pre-freshman Jackson Roberts said. 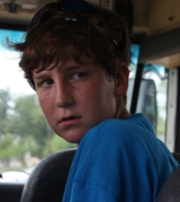 “My resolution is to become the best soccer player I can be, and so far I’ve been practicing every day and I think I can keep up the hard work,” freshman Christian Rabalais said. 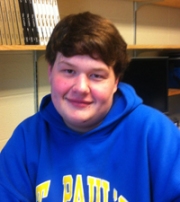 “My goal with my resolution was to be nicer to people, and I have been nicer to pretty much everyone but my brother,” sophomore Dalton Mott said.

“My New Year’s resolution was to try and improve my physical form, you know muscularly, and to improve my golf swing. I  have not broken it yet, but we will see,” junior Burke Irwin said.

“My New Year’s resolution has been to eat healthier, but I broke in just four days. Even so, I have noticed myself tending to choose healthier options, and I’ve lost 5 pounds since the beginning of November, so something is working,” senior Robert Monahan said. 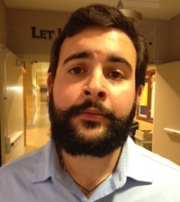 “My New Year’s resolution is to pray and attend the sacraments more often, and I’ve made a concerted effort, but I’m not perfect by any means,” Barrett Baumgartner, SPS teacher and campus minister, said.

Thomas Hebert Huval, Jr., is a senior at St. Paul’s and a staff writer for the school newspaper, The Paper Wolf. Along with writing for The Paper Wolf, he is a member of school organizations such as Lasallian Youth Leaders, Student Hosts, Eucharistic Ministers, National Honor Society, Brotherhood of the Paw, SPS Marian Players, and Dumbledore’s Army. He has also been a member of the SPS soccer team for the past four years and hopes to play his senior season. A few of Thomas’ hobbies include kayaking, photography, reading, larping, and watching classic films. View all posts by Thomas Huval →