(COVINGTON, La.) — It’s been 15 years since the terrorist attack on the our country that  killed 2,996 people and injured over 600. This attack didn’t just hurt the U.S, but the entire world; however, New York City and other areas were able to move forward. The Paper Wolf asked a student from each grade level and a faculty member the following question:

Do you think this country has healed, or is still healing from the effects of 9/11? How so?

“I think that this country has healed but is still recovering from the terrible terrorist attack on 9/11; now… people who enter planes are thinking about if this event can happen again,” pre-freshman Evan Collura said. 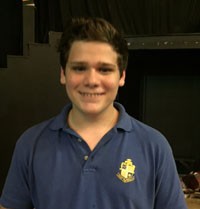 “I think the country has temporarily healed. The government has found temporary solutions to the many problems it has caused, but the country needs to find better solutions,” freshman Brady Meibaum said.

“I feel this country has both gained and lost from 9/11. We have better security as a result and a closer pride from our recovery, but no amount of pride or security or revenge is going to bring (back) the men and women who lost their lives,” sophomore Josh Rovira said.

“We are definitely still healing. I feel deeply for all families and individuals affected by the attack (on) 9/11, but I also recognize that many people of Muslim faith and Middle Eastern descent are being indirectly affected by our nation’s untrusting inclination. We can become stronger,” junior Christian Butler said. 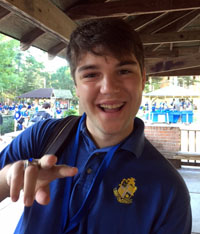 “We have definitely healed from the effects of 9/11. However, we are hurt in different ways now. We have lost that patriotism people felt in the few months after the attack, and we have stripped rights from people to give temporary protection,” senior Reagan Hill said. 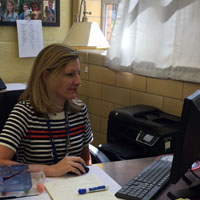 “Those who lost loved ones in 9/11… parents, children, friends, colleagues, still feel the pain of the horrendous day. I have friends who were in NYC that day and they will never forget the horror of the event and how it changed their lives forever. Unfortunately, the political unity and strong feels of patriotism have dissipated,” Honors U.S History and Speech III teacher Kim Gardner said.

Ethan Hopel is the editor and writer for Distant Writings. He enjoys writing about current events, and opinions. Feel free to contact him at ethanhopel199@gmail.com View all posts by Ethan Hopel →