You are here: Home » SPS Holds Most Collegiate Athletes in Louisiana

To have so many collegiate athletes go through the school is a tribute to St. Paul’s athletic program under the direction of Craig Ketelsen.

“Though our goal is not necessarily to put athletes in college,” Ketelsen said, “the fact that we can do things our way, create the best athletic program we can, while being a part of the school philosophy, is certainly a positive testament to us.” 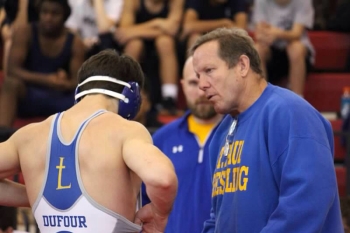 Soccer is one of the St. Paul’s sports programs that produces a substantial amount of collegiate athletes yearly. After winning the Louisiana 5A State Championship for the past three years, college coaches and scouts surely have a goldmine of talent here at St. Paul’s. Coach Sean Moser is about to begin his eighth season as the head coach of the soccer program. According to Moser, an average of three to four SPS soccer seniors go on to play in college each year. Last year, an astounding six out of the seven seniors in the soccer program are now playing in college.

“I like to think of our program as a college prep class,” Moser said. “It’s not the material you teach them, it’s the foundation. We train at a very high level. Three or four of the coaches on our staff played college ball, and so they’re very well prepared. We tend to warn our guys that the college game is much more physical, and that they need to get in shape.”

These 27 athletes are only a fraction of what the future has in store for St. Paul’s athletics, but for now, the Wolves hold the most collegiate athletes in Louisiana, meaning more than Jesuit, Brother Martin, John Curtis, Mandeville, you name it. 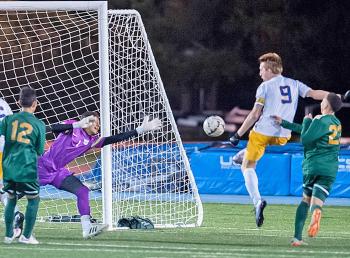 Colin Ross (‘16) scores a goal against Acadiana in the 2016 5A State Soccer Championship. Ross was named the 2016 Gatorade Soccer Player of the Year and currently plays for Regis University in Colorado (Photo courtesy: St. Paul’s Soccer)