You are here: Home » Wolves to Play Northshore in District Opener, Homecoming Game on Friday

(COVINGTON, La.) The Wolves will take on the Northshore Panthers this Friday (Sept. 22) at Hunter Stadium in their district opener and Homecoming game of the 2017 football season.

The Wolves have handled the Panthers with ease over the past few seasons, but a strong start to the 2017 season by the Panthers may be hinting towards a closer contest and an interesting Homecoming matchup. Last year, the Wolves easily defeated the Panthers 35-3.

The Wolves are coming off of a 35-23 loss to Christian Brothers (TN) in a rough, high spirited game. The Wolves simply could not stop the run game, which was made possible by the massive offensive line creating holes and spaces for running back Nick Montesi. As for the Wolves’ offense, the speed and size of the CBHS secondary held the Wolves behind the entire game. 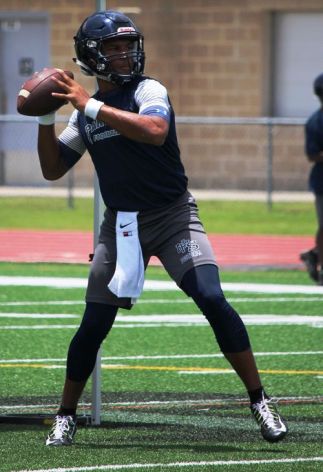 The loss will probably prove to not be the ugliest outcome of last week’s game. Some disastrous injuries were also given to some key players. Quarterback Johntae McDowell was taken out after a nasty late hit aggravated his neck. Defensive ends Noah Seiden and Lain Scobel were taken out with a apparent concussions. A source within the team is confident that Seiden, the Wolves’ current sack leader, will be back for Friday’s game, but Scobel is projected to be out 2-3 weeks. McDowell is also projected to be back in action against Northshore. Several other minor injuries plagued the Wolves last week, including CB Jack Bonaldi and WR Jack Mashburn, but all except for Scobel are currently projected to be back in action this Friday. That said, some of these injuries are certainly game time decisions.

The Northshore Panthers are coming off of  34-21 victory over Biloxi (MS) and are riding into Hunter Stadium with a 2-1 record, but the Wolves will be one of the more tough opponents the Panthers will face this season.

The Panthers are led by senior quarterback and Westpoint commit Walter Harris III. Harris is a talented dual threat QB, who is tearing up defenses in his final season with the Panthers. Also, he had two touchdowns on the ground last week against Biloxi. It will be interesting to see how the Wolves’ defense, coming off a rough game that has certainly left some players winded, will look to contain Harris and keep his rushing attack under wraps.