(COVINGTON, La.) — With the passing of another Veterans Day, St. Paul’s School thanks and honors the St. Paul’s faculty that courageously served their country. Various veterans of the SPS staff are featured below:

John Carambat served in the National Guard for six years as an engineer. He designed bridges and houses to help US community and country. He also achieved the rank of E-6, essentially acting as a corporal in the National Guard. Carambat has taught science and engineering at St. Paul’s since 2002 and currently heads Wolves on Wheels and the Graphic Design Club. 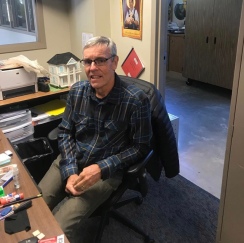 Tammy Petit, sophomore biology teacher, served in the Navy from 1994-1998 as a fire controlman, essentially acting as an electrician for the missile systems. She achieved the rank of E-4, and credits the Navy for her brutally honest sense of humor.

Sgt. Don Pressley served in the Air Force as an in-flight refueling boom operator from 1968-1990. Duties included relaying altitude measurements to the pilot and laying in a pod located at the back of the Boeing 707-sized aircraft for up to 30 minutes as another aircraft pumped fuel to the plane. Sgt. Pressley achieved the rank of Senior Master Sergeant and said, “I’m proud to have served, and am thankful for 22 years of doing what I loved.”

Along with honoring staff members of St. Paul’s who have served, St. Paul’s honors its alumni who have gone on to serve in branches of the armed forces. 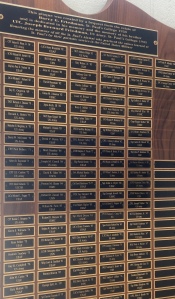 Hung in the hallways of the Lasalle lobby, this plaque commemorates various alumni who have served their country. It reads, “Honoring the memory of all the St. Paul’s Alumni who practiced the values learned at St. Paul’s by their patriotic service in the United State Military.”

Landon Rees is a senior at St. Paul's School and the copy editor of the Paper Wolf. He is also involved in lacrosse and wrestling, and can be found walking his dog or at Chick Fil A. Anyone who wishes to contact him should email him at landon.rees.2020@stpauls.com. View all posts by Landon Rees →