You are here: Home » climate change

(COVINGTON, La.) — Have you been recycling? If not, let’s have a little chat about the importance of the ocean and the fish that inhabit it. With fishing contributing 1.5 trillion dollars to the economy each year, millions depend upon it for their livelihood, specifically in impoverished countries with little other employment opportunities. In fact, […] 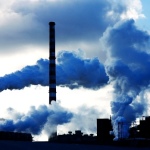 (COVINGTON, La.) — 2016 was the hottest year on record since tracking worldwide temperatures began in 1880. Further, it was also the third consecutive year to be titled “hottest year on record.” The real question, however, stands, why is the earth warming? “I think a lot of it is due to carbon emissions,” Biology and […]