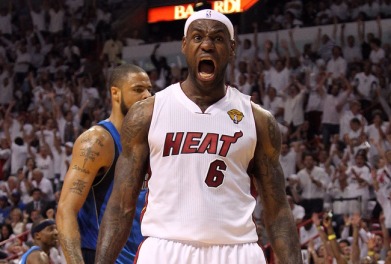 There is no way to go but up for the 2012-2013 Bobcats.  They suffered the most dreadful season by a professional sports team since the 0-16 Lions.  There were no bright spot on the entire roster from Tyrus Thomas’s childish behavior with Greg Silas, to Kemba Walker’s terrible field goal percentage, and Bismack Biyombo’s offensive prowess.  However, let us talk about the future.  The Bobcats acquired the man formerly known as Ben Gordon and drafted the highest motor in recent draft history with Michael Kidd Gilchrist.  They also acquired the worst defensive point guard in the league, Ramon Sessions, in free agency (the Lakers didn’t even bother to resign him). The Bobcats are hoping that Mike Dunlap (the ASSISTANT!!!! for the dreadful St. John Storm last year) is able to form a nice core of Walker, Gilchrist, and Biyombo.  Kemba Walker just doesn’t seem to have the athleticism to become a star in the league; however he does have a potential to be a microwave man (Jason Terryesque).  Bismack Biyombo at best will be a handsomer version of Ben Wallace.  The Bobcat’s future lies in the hands of recently turned 19-year-old,Gilchrist.  MKG could be, and hopefully for the Bobcats, will be the next Scottie Pippen.  Let’s pray for the Bobcats that this prophecy will be fulfilled.

Currently, the city of Washington, D.C., is still celebrating over the departures of JaVale McGee, Nick Young and Andray Blatche.  The Wizards’ front office has maneuvered a solid veteran roster.  Nene and Okafor are solid options down in the post.  Ariza is a great defensive wing on the perimeter.  Martell Webster, Jan Vessley, Kevin Seraphin, and Jordan Crawford all are capable of proclaiming solid rotation minutes for the Wiz.  The Wizards success will be determined by their two young guns: John Wall and Bradley Beal.  Will John Wall finally mature in a point guard and distribute the ball without complete chaos?  There has been no evidence of that so far; however, his team was full of complete knuckleheads (insert JaVale MGee joke here).  Bradley Beal has been dubbed the next “Ray Allen” by draft analysts, but  he is still 19 years old and really needs to learn how to create his own shot one-on-one.  The Wizards have an outside shot at contending for the eighth seed.  Just kidding.  The Wiz will not be a cupcake, but they lack shooting as a team and many of their key players are veterans who are on the downturn of their careers.

The Cleveland Cavaliers have developed a nice rotation of young players.  They have an all-star PG in Kyrie Irving.  They have young solid rotation players in Tristan Thompson and Tyler Zeller.  They have a respected high motor big man in Anderson Varejao.  Their biggest question mark is their 2012 number four pick in Dion Waters.  Waters didn’t even start for Syracuse last year.  However, many analysts compared his play style to Dwayne Wade.  In the Summer League, Waiters was mistaken as a hot dog vendor because he was always seen with food in his mouth.  He looked terribly out of shape and lacked the explosiveness that he showed in college. Hopefully, the NBA regiment will help him get into pristine shape.  However, we all know that God hates Cleveland.  Overall, the Cavs lack depth in their rotation.  This will hinder their contention this year, but they are developing a nice core of young players.

Kris Humphries in his natural habitat.

The long-awaited arrival of the Brooklyn Nets has finally approached.  They created the ugliest uniforms and somehow managed to sign the most unlikable players in the NBA.  Their team consists of a reality TV dirtbag (Kris Humphries), the most over-paid player in league (Joe Johnson and all $126 million that he owns), Reggie Evans (the dirtiest player in the league), Brook Lopez (the wimpiest big man since Lenny from Mice and Men), Andray Blatche (his highlights will say it all), and Mirza Teletovic (a suspected Russian Spy).  Luckily, New Yorkers will rally around them as long as they win.  Deron Williams will find a way to make the Nets a top 5 team in the East.  The Nets are going all in with the hope that this absurd collection of players will mesh into a contender, but there is a chance that they will react like meth products in a bathtub of a trailer.

If the Raptors would have snagged Steve Nash, this paragraph would have been completely irrational. Unfortunately, Nash is too good of a father.  The Raptors have managed to compose a very international roster.  Jonas Valuncanas will be a solid anchor for the team and will allow Argnani Bargnani to play his natural role of a three-point roaming power forward.  The Raptors also saved Lowry from Linsanity in Houston.  This is a very nice young core developing for the raptors and could benefit even more if Terrence Ross develops into the athletic swing man that they hope for.  However, the Raptors lack depth and are not very explosive on the offensive end.

The Detroit Pistons are in the barren wasteland of mediocrity.  They have been terrible the last several years but not terrible enough to get a franchise player.  Joe Dumars has been able to obtain two of the most cancerous players in the league with Corey Maggete and Charlie Villanueva.  Brandon Knight was very disappointing in his rookie campaign.  Rodney Stuckey has never truly developed into the scoring point guard they envisioned.  They are in a gutter.  Greg Monroe is a very good player, but he will never be a superstar in the league.  Also, they managed to draft the player that we all know will be a bust in Andre Drummond.  Detroit is taking on many bad short-term contracts to give them a chance of rebuilding their team with a marquee free agent.

Is it a good idea to pair two sub par defensive, undersized, volume shooting point guards? Yes was the answer that the Bucks thought last season with the pairing of Monta Ellis and Brandon Jennings.   The Bucks have managed to compose a core of Ersan Illaysnova, Ellis, and Jennings.  The only other serviceable players on this roster are Ekpe Udoh (sort of), Samuel Dalembert, and Drew Gooden.  Somebody needs to press the RESTART button fast.

I have a feeling that the Sixers are turning into the new Atlanta Hawks.  They have very solid players in Evan Turner, Thaddeus Young, Dorrel Wright, Jason Richardson, and Spencer Hawes.  This team will only go as far as Andrew Bynum will take them.  Andrew Bynum to me is a pseudo-superstar.  He is an all-star, but is he a franchise player? Also, Jrue Holliday appears to have all-star potential.  Unfortunately, it is doubtful to see how he and Bynum mesh.  One thing is certain, the Sixers will be a very physical team. Doug Collins will make sure the team is motivated and that they will PRACTICE?!?! (sorry I had to put it in there).

The Melo-Stoudemire experiment has grown sour in NYC.  Melo continues to be the ball stopper that he is.  Amare’e Stoudemire’s athleticism and skills   have dramatically decreased.  Luckily, Tyson Chandler has anchored their defense and an emotional leader.  The Knicks pair this core three with veteran leadership.  There’s one problem: all of their stars are seasoned veterans.  They have become the oldest team in the league with Rasheed Wallace, Pablo Prigioni, Marcus Camby, and Jason Kidd.  This is a team trying to win now, but their pieces just do not match.  Kidd isn’t able to dictate their offense at his age.  There is also too much erratic play with Stoudemire, Carmelo, and J.R. “shoot or die trying” Smith.  Their only young player with potential is the defensive specialist, Iman Sumpert, who just came off an ACL tear.  The Knicks’ fans will go in hysteria when this aging team retires into mediocrity.

The Magic had a dollar and gave it away for a nickel on the road soaked in urine by the sleeping (or dead) homeless man.  The best player on the team is a tossup between Jameer Nelson and Al Harrington.  Orlando fans must be weeping to see their 3-4 year rise of relevance shattered for at least five years.  The team is a wreck.  Look at this roster and determine the future.

The Joe Johnson contract removal parade is still dying down.  The frontcourt is its strength with two pillars of Josh Smith and Al Horford.  Jeff Teague is given the chance to prove if he is an above-average point guard.  Throw in the crafty Devin Harris to some spot up shooters in Kyle Korver, Lou Williams(the poor man’s Jason Terry), and Deshawn Stevenson.  The Hawks are primed for the chance to win the 8-seed Miami slaughter fest.  Their team is on the rise and General Manager,Danny Ferry, is to a marvelous start with the revival of the Hawks.

Boston continues to field a championship team.  The team continues to supply solid veterans to the Boston roster.  Jeff Green returns from heart surgery.  Jason Terry is a much-needed scoring punch off the bench.  Courtney Lee provides three-point shooting and defensive versatility at the 1-2-3.  Paul Pierce will continue to be the un-athletic baby-faced assassin that he is, and Kevin Garnett will anchor the defense and supply scoring with his mid-range game.  Rondo leading the cavalry will make an exciting team.  The team will only go as far as Rondo will take them.  They need Rondo to step up his scoring.  The team will continue to try to play the foil to the Heat in the playoffs.

May I introduce your new ATLANTA HAWKS!  The pacers continue to supply rosters stocked with solid options.  However, they cannot provide a superstar to morph them into a contender.  The Pacers have hoped that Danny Granger can turn into a superstar, but he will always only be a good scorer.  Roy Hibbert continues to not be able to play substantial minutes in a meaningful game.  Paul George hasn’t showed the offensive skills to turn into a complete player.  The team is above average at all positions, but they are not phenomenal in any.  Corn.

The basketball universe is hoping that Derrick Rose will have a full recovery with his ACL.  We are all in amazement with his explosiveness, touch, power, and athleticism on his acrobatic finishes in the teeth of the defense.  The Bulls will probably be above average because of their sheer tenacity on the defensive end.  Tom Thibodaux will have his team ready to play.  Luol Deng, Joakim Noah, and Carlos Boozer will be very solid.  Taj Gibson must give them more offense to keep pace with his defensive prowess.  Kirk Hinrich will be a solid substitute at point guard.  Hopefully, Richard Hamilton is healthier and will return to his solid mid-range repertoire.   If Rose returns by the playoffs full strength, this team will be a contender.

The Miami Heat will blaze through the regular season.  LeBron has officially begun the prime of his career.  Chris Bosh will continue to assert himself in the offense.  Dwayne Wade will continue be the slasher that he is.  Mario Chalmers will continue to tick off LeBron.  Ray Allen gives Miami that clutch 3-point threat.  Miami is hoping Rashard Lewis will give them something this year.  Miami is going to revolutionize the league with its strategy to play Lebron at power forward and Bosh center.  It forces teams to play differently in their helter skelter pace.  Dunks, threes, transition, and steals are everywhere.  No team is as big, fast, and athletic as Miami.  Miami is just too good for the Eastern Conference.