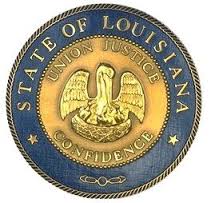 (COVINGTON,La.) — Last Thursday, the Criminology and Law Studies classes traveled by bus to the Supreme Court of Louisiana in New Orleans to for a firsthand example of the criminal justice system in action.

The classes enjoyed watching the case unfold and learning what happens in a courtroom.

“I thought it was very interesting, and I had a good time,” said Criminology student Adam Satterlee.

Chaperones Emilie Allen and Sonny Garcia go a lot out of the trip, as well.

“I thoroughly enjoyed the trip because, to me, watching the arguments was extremely exciting,” said Allen. “The library and the museum housed some pretty awesome pieces of Louisiana judicial history, as well.”

The case was an appeal of the sentence of Judge Sims, who had dismissed 15 cases without proper reason; Sims was originally sentenced to one year in jail, but appealed it and received a 90-day sentence instead.

According to Allen, “There will not be a final verdict for probably about a month or more.”

With this trip, the two classes were able to observe a real court case and the processes that it follows.

“With the criminology class, I wanted them to learn the ways that a court of law operates and how the state legislature works,” Allen said. “And for the law studies class, I wanted to have them see what actually went on in a courtroom and how to use resources in a case.”

The Criminology class was introduced this year to join the school’s law curriculum track.