(COVINGTON, La) – As St. Paul’s students stepped over the threshold of the Briggs Assembly Center on Wednesday, March 23, bantering voices were quickly quelled by the instruction of school supervisors. A wave of reverence and reflection incited only by the annual Passion Play swept over the adolescent audience just as they were beginning to take their seats.

“The atmosphere was like never before,” sophomore Gage Diez said. “The whole audience was engaged, where in past years, they’ve been (not as much so).”

This was partly due to this year’s Jesus, Spencer Albright.

“Spencer Albright has certainly been the pinnacle of the Jesuses that I’ve seen,” sophomore Ty Richard said. “Spencer, even when he wasn’t talking, always had a significant presence on the stage that really impacted the audience.”

The Passion Play ensued the Marian Players’ recent performance of Joseph and the Technicolor Dreamcoat this year, bringing a gamut of individuals to the Passion Play. This included parents, faculty, and alumni.

“I felt that everyone really respected the guys that were doing it,” junior Colin Patrick said. “I think that the student body really respects what Mrs. Charbonnet and the Marian Players are doing. The entire community can definitely rally around the theater when they put on a production that’s this influential and powerful.”

The actors’ message to the audience was also embellished by AJ LaCroix, this year’s narrator. As the scenes progressed, LaCroix’s voice reverberated throughout the assembly center as he gave a first person account coinciding with the story of the Passion.

“The narrator is really what made this year’s Passion Play distinctive to past years,” sophomore Ashton Van Deventer said. “He had so much emotion and sincerity in his voice. Also, the way the sound system was set up, it sounded as though the voice was coming from every direction, similar to how it sounds when you listen to music through headphones; it was really in your head.”

Next year’s Theater III class, the group of people that make up the play’s cast, will attempt to distinguish itself and draw the same level of praise that this year’s received.

Jesus (Spenser Albright) converses with his disciples (Addison Nick, Shane Davies) after praying in the garden. 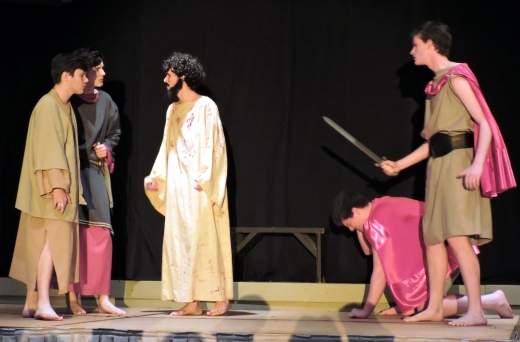 Jesus commands his disciples to allow the Roman soldiers (Nick Oubre, Patrick Stewart) to take him into custody. 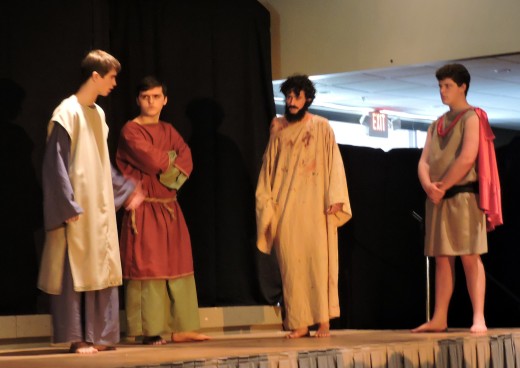 Jesus is confronted by the Ciaphus (Sam Nuss), and another Pharisee (Austin Hayes).

Jesus is questioned, and found innocent, by Pontius Pilate. 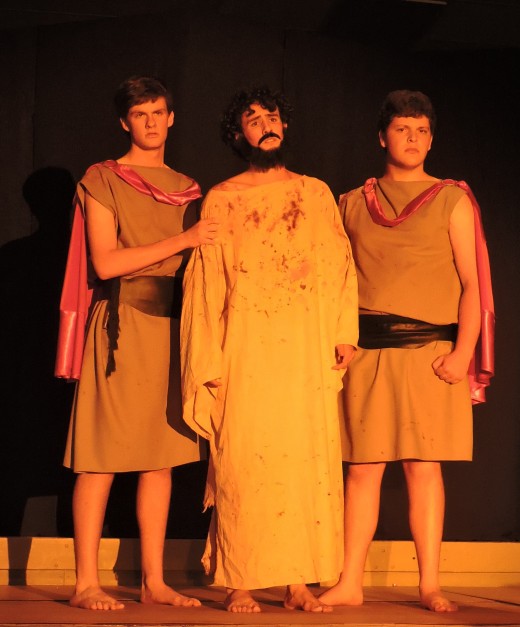 Jesus prepares to be scourged by Roman Soldiers. 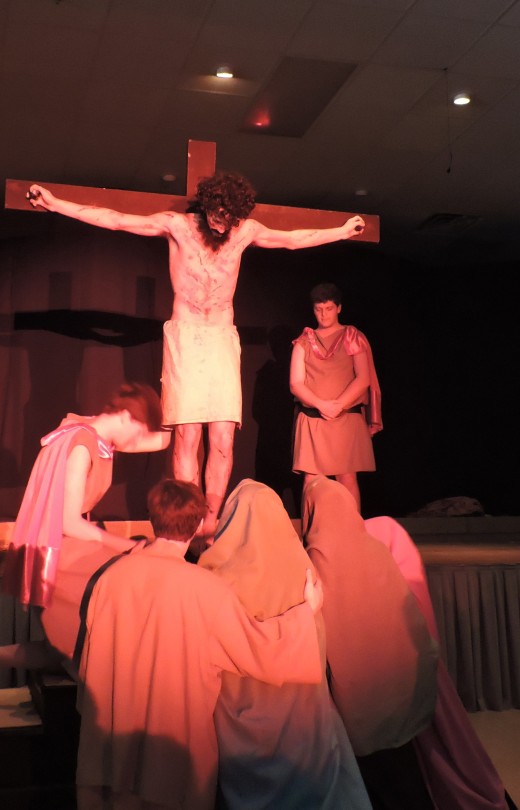 Jesus is adored on the cross after his death.

(All photos by Karen Hebert)