Undoubtedly, music festivals are some of the most popular entertainment events throughout the world. While we may be more familiar with the North American Festival giants such as Coachella, Europe is home to even larger music festivals, including Belgium’s “Donauinselfest,” which trumps Coachella with a whopping attendance of around three million annually.

As Spring and Summer approach, lineups have started to drop, leaving die-hard festival goers frantic to get their tickets as soon as they can. With handfuls of lineups out, here are my picks for the top five music festivals in the spring and summer of 2018. 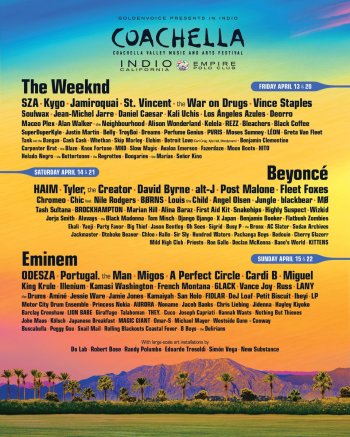 My recommendation to all students would be Hangout Fest. It is all around an amazing festival. It is reasonably priced for a packed lineup with amazing depth, and an amazing atmosphere. Listening to days of music on a beach with a group of friends sounds like a dream, and it helps that Gulf Shores is only about three hours away from the Northshore.