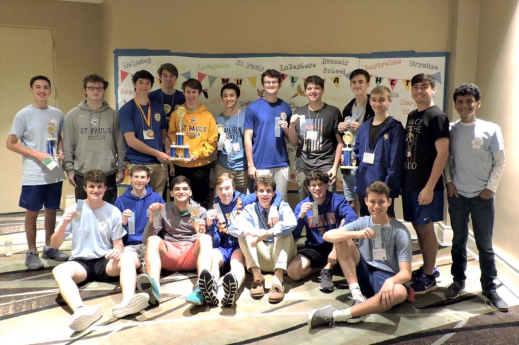 (BATON ROUGE, La.) — Students in the SPS branch of Mu Alpha Theta recently competed in the Mu Alpha Theta convention held in Bator Rouge to compete against other schools and test their knowledge.

The competition began Thursday evening with a round of “games” that were actually math challenges in disguise. On Friday, in addition to two more rounds of games,  students competed in area tests (tests built around specific interests) and individual tests in whatever section of math the students entered in. Finally, Saturday was reserved for elections and awards.

“A wonderful time was had by all. Our boys were well-behaved and respectful to all,  a true sign of success.” Mrs. Jordan said in respect to how the students competed.

The three day event was a full of opportunities for students to socialize and show off their math skills.