Baseball Wolves Off to a Solid 4-1 Start, Play Destrehan Tonight at St. Paul’s 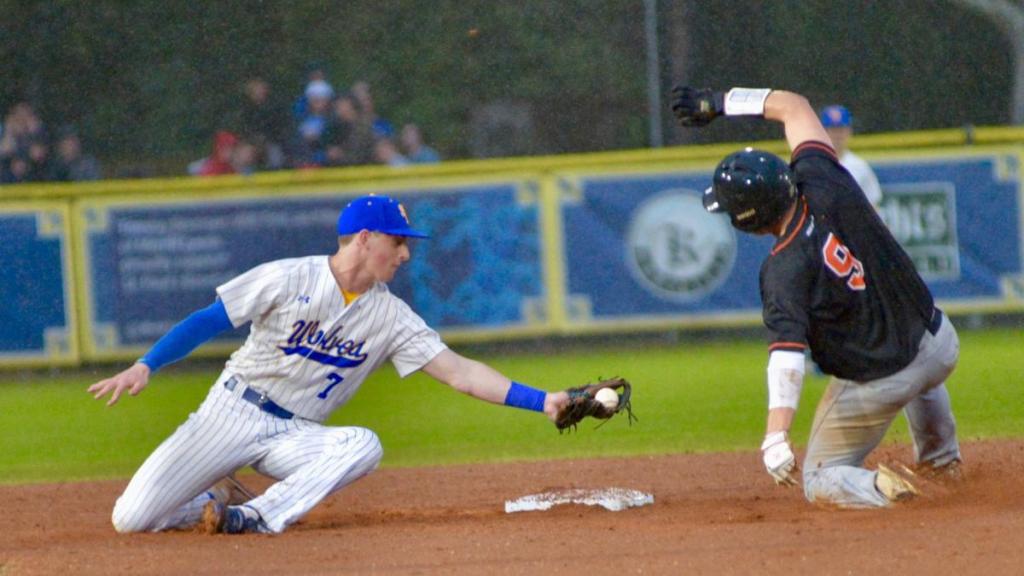 Junior shortstop Connor Simon tags a player out who attempted to steal during their season opener versus Catholic High. (Photo Credit: Bobby Gilboy)

(COVINGTON, La.) — The Wolves are coming off of a Division I State Championship in 2019. They are currently 4-1 and are ready for another run for the State Championship. Junior first baseman Matthew Russo elaborates on the season ahead of them by saying, “I think our team is pretty solid. We won our first four games, but lost the fifth. Bits and pieces are still being put together.” Russo is verbally committed to the University of Southern Miss, and proved his skills by hitting a two-run home run in their game against John Curtis on Monday.

The chemistry throughout the team is great according to team manager, Mitchell Schruff. “Our team is becoming a brotherhood, and they are growing as players by learning from each other’s ups and downs,” said Schruff. “Chemistry is very important; it is one of the key factors that led last year’s team to the State Championship in 2019,” said junior second baseman Cade Lanoux

The St. Paul’s community claimed that last year’s team was a special group of players, and the loss of many seniors has resulted in a young team for the 2020 season. Junior pitcher and third baseman Hunter Corass said, “the team has lost some speed. We haven’t found our groove yet, but I believe that once we do we will be back competing for the state title.”

Leadership and accountability also play a huge part in team success. Freshman pitcher and right fielder Kade Anderson said, “We have a great group of upperclassmen who lead the team not only in skill, but in their attitudes of leadership as well.”

The Wolves’ next game is at home tonight against Destrehan, so come out to support the Baseball Wolves.