The National Football League and NFL Player’s Association agreed on a new concussion protocol to be used on game days on October 8, 2022.

The critical changes resulted from Miami Dolphins starting quarterback Tua Tagovailoa after his head forcefully hit the turf on September 25 against the Buffalo Bills. It was apparent that Tagovailoa had suffered a severe head injury, as it looked like he could barely walk without stumbling.

However, Tagovailoa was later allowed to return to the game versus the Bills and played in the team’s proceeding contest, only five days later on Thursday Night Football. In that game, he suffered an even more dangerous blow to the head, leaving him unconscious, as he was carted off the field.

How was Tagovailoa cleared to return to play in such a short turnaround with such obvious concussion symptoms?

The NFL’s concussion protocol contained a loophole revolving around gross motor instability. A player who demonstrated an inability to function could re-enter a game if the team’s physician ruled that the issue did not stem from a neurological cause.

Therefore, while the Miami Dolphins’ neurological consultant followed the league’s concussion protocol, they took advantage of a flaw in the rule book, which put a player in significant danger.

“While the investigation determined that the team medical staff and unaffiliated medical professionals followed the steps of the Protocol as written, the NFL and NFLPA agree that the outcome in this case is not what was intended when the Protocols were drafted,” stated the NFL and NFLPA in a joint press release.

The NFL and NFLPA were forced to react by agreeing on a revamped concussion protocol that addressed the loophole.

The new and improved protocol prevents players from returning to action if they show signs of ataxia, a term centering around impaired coordination, poor muscle control, visible confusion, and symptoms of amnesia.

In a joint statement, the league and players’ union said, “Specifically, the term ‘ataxia’ has been added to the mandatory ‘no-go’ symptoms.”

With this change, the NFL has seen more players being removed from games, particularity after roughing the passer penalties.

While the new protocol seems to have forced NFL medical staffs to err on the side of caution, NFL fans have also noticed an increase in the number of flags being thrown.

“I specifically remember when Tom Brady was taken down on what seemed like a normal tackle, but the referees called it roughing-the-passer,” recounted Saint Paul’s sophomore Noah Montz following a controversial game-changing call during a pivotal Week 5 divisional matchup between the Atlanta Falcons and Tampa Bay Buccaneers.

According to Montz, there’s a strong possibility that the NFL told its officials to increase the number of calls to protect the sport’s most vital position.

The brand new concussion protocol was enacted during Week 5 of the NFL season. In the Thursday night clash between the Colts and Broncos, Colts running back Nyheim Hines was pulled from the game following a hit to the head on the game’s third play.

Hines became the first player to enter the NFL’s revamped concussion protocol after showing signs of ataxia and gross motor instability, visibly struggling to stand. Hines’s removal, unlike, Tagovailoa’s, kept him out the following week before being safely cleared to return to play in Week 7. 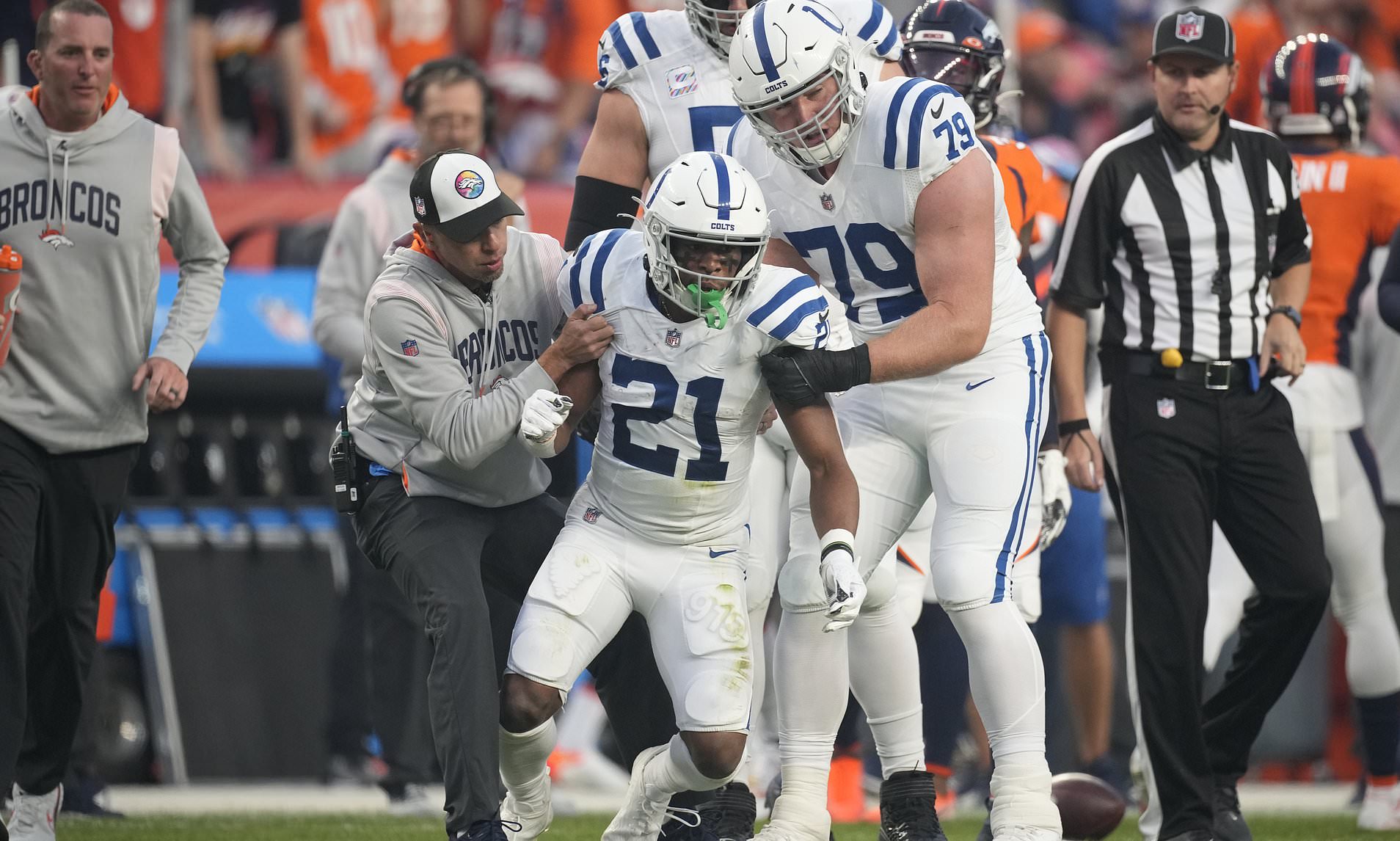 The new concussion protocol may have passed its first test in the league; however, NFL officials will continue to monitor situations like Tagovailoa’s and Hines’s as they strive toward making the naturally violent sport of football as safe as humanly possible.