(LOS ANGELES) — As the NFL season comes to a close, more and more news is arising about what NFL teams plan to do with their future. With this being said, the San Diego Chargers are no more.

Last week, the San Diego Chargers became the Los Angeles Chargers with the swipe of a pen. Chargers owner Dean Spanos moved the storied franchise from their home of 56 years to their so-called original home (the Chargers only played in Los Angeles for one year before moving to San Diego in 1961). 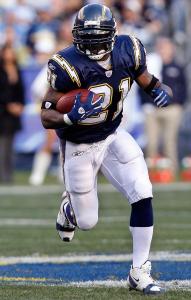 Another issue with this move is that it puts two teams in the city of Los Angeles, and takes revenue away from the city of San Diego. Revenue will also be taken away from the Chargers organization, as they will be playing in the Stubhub Center, a 30,000 seat stadium in Los Angeles that houses the L.A. Galaxy, the MLS (Major League Soccer) team in LA.

This is additionally troubling, since the Oakland Raiders have filed their request for the move to Las Vegas, Nev. That would be a another bonehead move, which would completely shock me. The Raiders are the Oakland Raiders. Oakland, not Las Vegas, not Los Angeles, Oakland. The Raiders’ fan base, or the Black Hole, is known for being one of the most emotional fan-bases in all of sports. They fight people and do terrible things to visiting fans. However, they have been through too much. With a move to Los Angeles, the Raiders won a Super Bowl in 1983 after winning two [Super Bowls] in Oakland in 1976 and 1980. The Raiders moved back to Oakland in 1994.

The main point here is that the state of California can’t have one city occupy all the teams in the state (the 49ers don’t count because they are there to stay).

The teams need to be spread out all throughout the state. One team in San Diego, the Chargers; another in Los Angeles, the Rams; and the other two in Oakland and San Francisco, the Raiders and 49ers respectively.

Now, about the new logo. Let’s get one thing clear: the organization has said that the logo that has been released is not the permanent logo and will NOT appear on helmets or uniforms. The logo that was made fun of on social media is just solely for marketing purposes. Contrary of widespread criticism, I personally like the logo. It’s different and it looks cool; I just didn’t like the blue-white color scheme, and I enjoy the traditional blue-yellow color scheme.

Despite the cool logo, the decision to move was a terrible one. The Chargers belong in San Diego!