(COVINGTON, La.)– The senior class of 2017 graduated on Saturday, May 14, and it will soon be time for them to take the next step in their academic careers as they move on to the college level. When that time comes, they will be able to take all that they have learned and experienced at St. Paul’s and use it to help themselves progress through college curriculum.

The many academic, athletic and extracurricular achievements that the seniors made have not gone unnoticed. Nowhere is this more apparent than in the fact that that the class has qualified for $15.8 million in scholarships and grants from the colleges they have applied to.

There were also students who were accepted based on athletic success. A total of 13 students have signed with schools to continue their athletic careers into the college level. This is an increase from the 11 in 2016 and comes close the 14 in 2015.

The overwhelming majority of students (69 percent) will attend in-state colleges and universities next year. 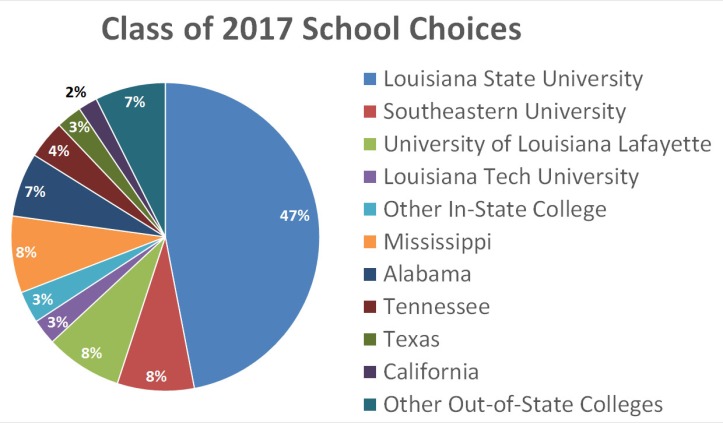 In recent years, there had been a recognizable trend that students were shifting from attending Louisiana State University to attending other in-state schools; however, this year, the trend seems to have reversed, as nearly half of this year’s crop of graduates plan to attend LSU. 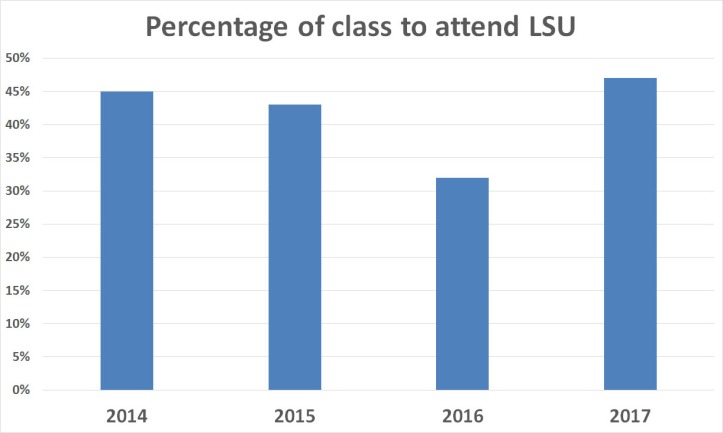