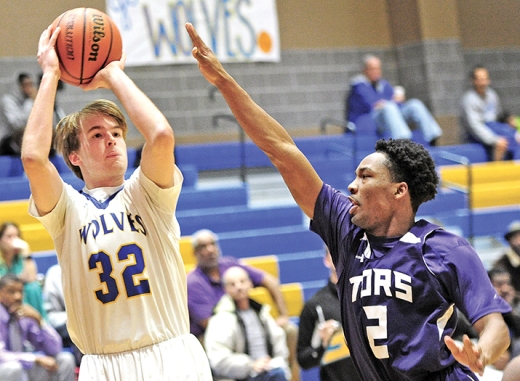 (COVINGTON, La.)  At St. Paul’s, when you think of winning traditions, you may think of soccer or football. Now, you can add basketball to that list.

The Basketball Wolves are the #2 seed in this year’s LHSAA Playoff Bracket and have a home quarterfinal playoff game Friday Night (March 2) versus the Brother Martin Crusaders. The Wolves have not lost since Jan. 31, that game to Madison Prep in Baton Rouge. Since then, the Wolves have been on a roll coming into the playoffs. 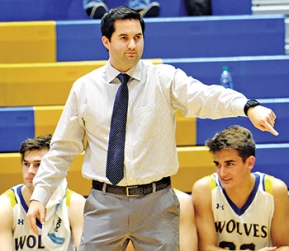 In 2018, Coach Stephen Dale led the Wolves to a District 6-5A Championship in only his second year as Head Coach and was named Coach of the year by the Clarion Herald. (photo: Clarion Herald)

Friday night, the Wolves get ready for their first test of the talent-packed LHSAA Division 1 Basketball Playoffs against the #10 seeded Crusaders who, in their last game, took home the double-overtime win over C.E. Byrd in Shreveport, 71-67.

“I think they’re better than their seed,” Dale said on the strength of the Crusaders. “They play extremely hard and play with a lot of pressure.”

Last year, the Crusaders and the Wolves met in the quarterfinals as well; that game resulting in a 66-69 Crusaders victory.

“The difference between this year’s game and last year’s game is the fact that we are both two different teams,” junior forward Ben Seiden said. “They are a much younger team, and we have a whole new philosophy to the way we play.” 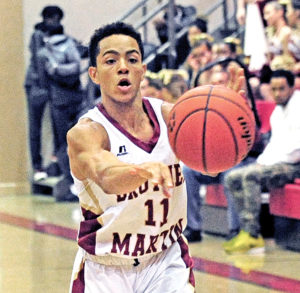 This year, the Crusaders are relying on the play of senior guard Tyler Epps, who was named to the Clarion Herald Boys’ Basketball Elite Team.

Senior guard Parker Edwards, who was named Clarion Herald Player of the Year, scored his 2000th point in a St. Paul’s uniform in the Feb. 15 game against Fontainebleau. Edwards is only the second player in school history to accomplish this feat.

“We knew he was 34 points short going into the game against Fontainebleau,” Dale said. “We had talked about, ‘It’s gonna happen, we just don’t know when,’ and then he went out and scored 36 in three quarters.”

Edwards has turned out to be the leader on the 2018 Wolves Squad.

“He just can score in so many different ways, both as an outside shooter and getting to the rim,” Dale said. “He’s also really good in transition, when he can get the rebound and take it himself.”

Since Edwards is the leader on offense, teams are more likely to game-plan around him.

“What makes his performance this season even more special is that he draws the bulk of the coverage, which is able open up many more scoring options down low for us,” Dale said.

The Wolves encourage the St. Paul’s community to come out and support the Wolves Friday night at “The Gene.” Tip-off is set for 7 p.m., and the theme is “Gold Out.”