(COVINGTON, L.a.) The SPS student body will vote in the Student Council Executive Board elections this Thursday (April 19). Currently, juniors Josh Devier and Josh Rovira are running for the position of Student Body President.

Rovira has been involved in St. Paul’s throughout the years with his position on the cross country team, his membership in St. Paul’s Lasallian Youth Leaders, and his volunteer work in the Key Club. 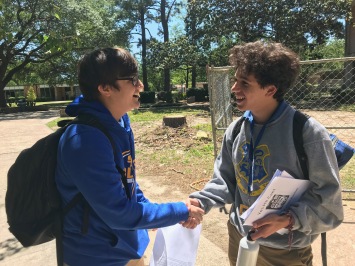 “Qualification is out of the question,” Rovira said. “I know that I am able to fulfill the role of president and carry on the traditions of my predecessors like Will Murphy and Matthew Stalter. If it’s specifics you want, then I am finishing my second year as an executive member for Key Club, two years as an executive member for LYL, I’ve been sophomore representative for LYL, sophomore representative for Beach Patrol, head  of the Social Justice committee for LYL, head of the Recruitment Committee for Key Club, House (Team) Captain and Minister of Magic (President) of Quidditch, Junior Class President, President of Latin Dance Club, founding member of the Political Science Club, elected Team Captain of the JV cross country team (4 Lord), member of National Honors Society, Spanish Honors Society, Spanish Club, Mu Alpha Theta, and the Marian Players productions while maintaining a perfect A honor roll. I know how to manage time and lead, how to schedule meetings, and how to carry out my own goals, but Student Council President would give me the ability to make bigger and better changes to St. Paul’s.”

In many cases of past elections, campaigns seemed to be centered around the promises candidates made for the next year’s council. Often, these promises revolve around large Student Council functions like Field Day, prom, and pep rallies. 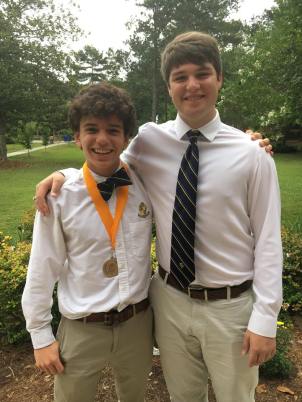 “There’s a lot of big things that I will work towards that can’t be done in one year alone,” Rovira said, “but I really want to give more credit to clubs and sports and students who deserve more recognition. I want more pep rallies for sports from lacrosse to golf. I also want to involve the entire school in events like Field Day and Wolf Jam, and I want to bring SSA closer to St. Paul’s in our events, as well. I’d like to get events like Field Day to host inter-school competitions (while keeping our intra-school events). There’s a lot to be done, and I’ll need a strong group of guys to help me get this through.”

Rovira also feels that an administration headed by him could bring a unique aspect to all Student Council activities.

“I feel as though many of our Student Council events blend together to feel stale. I want to bring a freshness and diversity to each pep rally and football game and dance to give everything a unique spin and make each event an experience,”  Rovira said.

The election speeches for all candidates will be recorded this week and played to the entire school over Wolf T.V.